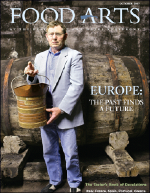 October 2007 -
COVER STORY:
Europe: The Past Finds A Future"
Food Arts publishes Colette Rossant's article on the future trends of great foods past.

December 2006 -
Review of The World in My Kitchen
Food Arts reviews Colette's trilogy of memoirs.

May 2006 -
"Let's Do 'Le Lunch' "
There's a new buzz in Paris: have lunch and learn cooking at the same time at the hot new cooking school L'Atelier des Chefs.

October 2004 -
"Culinary School, Italian Style"
By the 20th Century, Colorno had become a forgotten suburb of Parma, remaining that way until this past February, when ALMA, La Scuola Internazionale di Cucina Italiana, opened its doors to the Palazzo Ducale.

November 2003 -
"Playing with Spices"
Goumanyat is... the name of a unique spice shop established nearly 200 years ago, in 1809, by Jean-Marie Thiercelin in Pithiviers-en-Gatanais in the Loire Valley. 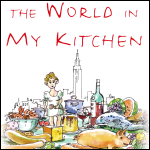 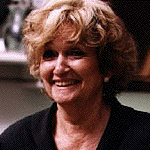